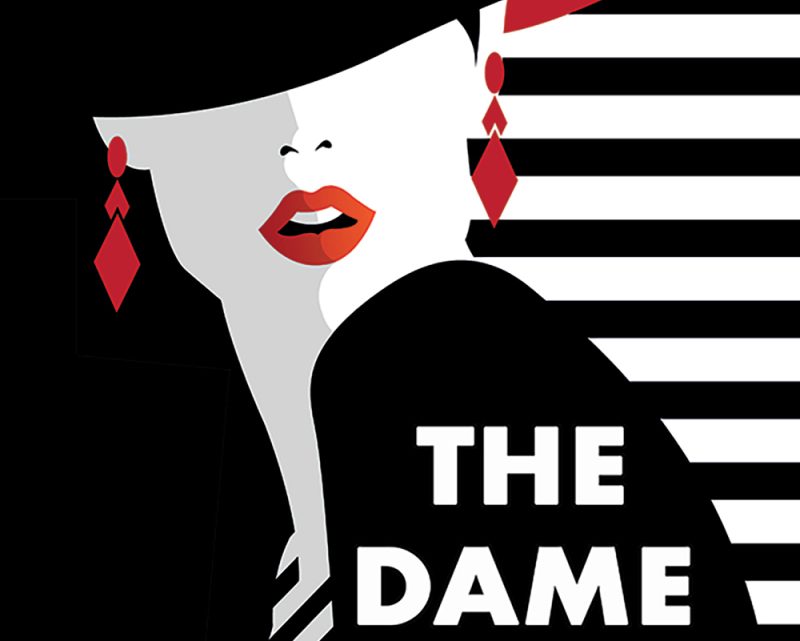 What a treat to read this collection of short stories featuring some of the best women Canadian crime writers out there. Special call-outs to the authors recently interviewed by She Kills Lit, Elle Wild and R.M. Greenaway  who bring both award winning skill and experience to their short stories. Both these writers riff on an artificial intelligence theme here, Wild with a senior care canine inubot in Playing Dead and Greenaway with a not so plastic sex android called Rozotica. Strangely, neither of these stories are science fiction really, as both types of technology exist in some form in the present day. Toronto has not one, but two sex doll brothels, and Japan has a purring seal robot named Paro that will keep your granny company, presumably while everyone is too busy making it with plastic.

But it is real live dames that abound in every one of these stories, an archetype that each author takes out for a different spin. There are nasty dames, ingenue dames, ghost dames and double-agent dames. Gay dames, trans dames, and dames of colour. Dames who are detectives and cops, but also sex workers and hard-done-by diner owners. Dames out to even the score, to find love or money, or maybe just to find a little peace in a patriarchal world. Most of the time, some unsuspecting man dies who deserves it. No offense to the guys, but given the prolific trope of defenseless female victims, this is a refreshing change.  One can only watch so many episodes of Law & Order SVU without tiring of seductively arranged female bodies outlined in chalk.

Dames can also range in age.  One of my favourite stories was The Seeker by M.H. Callway. It features a woman in her sixties who kicks butt in a wild shoot-out from behind the counter of a secluded mini-mart, all while saving two men from the bad guys. Callway writes with a thrilling and action bursting style that rivals a Hollywood blockbuster. It makes me want to see Meryl Streep headline the next Diehard movie instead of Mama Mia.

Crossing Jordan by Sandra Ruttan doesn’t feature murder or a shoot-out but does get us inside the head of a trans sex worker as she tries to unsuccessfully kill herself. But it’s not just A Man Called Ove done up in high heels.  It is a story of persistence and strength in the face of misunderstanding, rejection, and violence. A story that will stick with me.

Dinner with Francisco is set in Spain, of particular interest to me as this is the setting for my novel, Petra’s Ghost, due out in July 2019 (insert unapologetic book plug here). Jone Ibarra, a female bullfighter goes after Franco himself in a brazen murder attempt that goes awry over rioja. But don’t worry, the author Susan MacGregor provides an innovative and satisfying ending where the dictator will get his just desserts served up Toreador style.

And then there’s Indispensable, the gifted Kelley Armstrong’s contribution to the collection. Armstrong gives us classic hardboiled crime fiction with a delectable cliché busting twist. The Dame in this tale dupes or profits from just about every other character in the story, especially the condescending male ones. Once again, apologies to all those possessing a Y chromosome. We love you really, but in traditional crime fiction you can be such arrogant pricks.

These stories made me feel like Candace Starr, the hard drinking hitwoman to be featured in my upcoming crime fiction series, will not be alone (another unapologetic book plug, forgive me). But the first novel in that series won’t be out until after Petra’s Ghost. In the meantime, buy yourself a copy of The Dame was Trouble, and keep company with a whole host of femme noir characters who promise to show you a good time, just don’t turn your back on them while they’re doing it.

Get an e-copy of The Dame was Trouble at Amazon, or go right to the publisher at Coffin Hop Press https://coffinhop.com/the-dame-was-trouble/