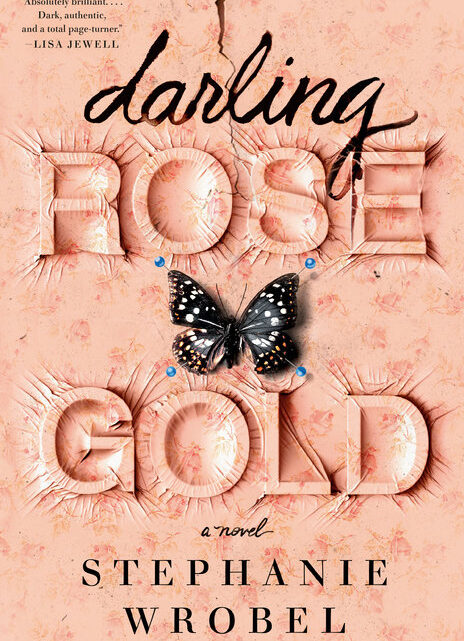 Rose Gold and her mother, Patty, have a complicated relationship in the dark domestic thriller, Darling Rose Gold. This is in part due to Patty being in prison for the last five years. Incarceration tends to put a damper on most family get-togethers, particularly birthdays when everybody expects cakes with a file in them. But Patty is in jail for tampering with food in a different way. To be specific, for lacing her daughter, Rose Gold’s meals with ipecac syrup for most of her young life. Ipecac you might remember, is that vile little brown vial that your mom had on hand in the medicine cabinet back in the day, just in case you were a complete dope and swallowed rat poison or some such. It induces vomiting of such epic proportions that your dry heaves will have dry heaves. I’m serious folks, this stuff is nasty. When I was a teenager, I swallowed some on a dare and it felt like my stomach was being pulled out through my esophagus by velociraptors. Given this stunt, I can see now why my mother thought me dumb enough to swallow rat poison.

But was Patty guilty of poisoning Rose Gold for all those years? Even now, she still protests her innocence, claiming she was a devoted and loving mother trying to take care of a chronically ill child, and not a Munchausen Syndrome by Proxy nutter that got off on the attention. But why then did her daughter “mysteriously” get better after Patty was arrested and seventeen-year-old Rose Gold started eating other people’s pot roasts for dinner? It’s hard to know for sure, but when Rose Gold rekindles her relationship with her mom and brings her home to live with her and her infant son after Patty’s release, we start to wonder. Although like I said, we don’t know anything for sure, except if asked, we would probably decline an invitation to brunch.

Wrobel does a wonderful job of describing this very intimate, yet (forgive the pun) poisoned mother-daughter relationship. I was impressed by the author’s ability to delve into an atrocious crime without subscribing to stereotypical depiction of either victims or villains. The story is told from both Rose Gold and Patty’s perspective, and being both a mother and a daughter, I am glad we got a chance to see out of both those set of eyes. Although don’t think this will give you a better view of the truth. Rose Gold and her mother are unreliable narrators. You won’t know who the victim or the villain really are until the end, and even then, you might come to find that many people are a mixture of the two.

To find out more about Stephanie Wrobel and her debut novel, Darling Rose Gold go to https://www.penguinrandomhouse.com/books/617821/darling-rose-gold-by-stephanie-wrobel/