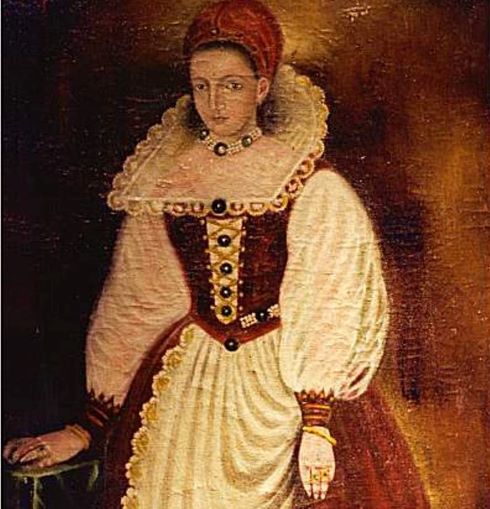 It’s Halloween and as such my mind turns to the macabre, which when I think about it, isn’t an event exclusively restricted to Oct 31st.  I mean, after all, l wrote a book about a spiritual pilgrimage across Northern Spain and put walking dead people on it (Petra’s Ghost).

But even my deep affection for a dark tale was tested when I researched the escapades of Elizabeth Báthory, the Blood Countess. This woman was a serious psychopath, well known for being the Guinness Book of World Record’s most prolific female serial killer. Many believe that she may have been the true inspiration for Bram Stoker’s Dracula, rather than Vlad the Impaler. I don’t think I have to tell you what he was well known for. Let’s just say it wasn’t for his skewering wit.

Countess Elizabeth Báthory de Ecsed was born 7 August 1560, in the Kingdom of Hungary to a noble family. The 1500’s was undeniably a great time to be a noble, as the alternative of being a serf totally sucked. It sucked even more if you came into contact with the Countess, but more on that later. Báthory’s childhood was marked by an aunt who instructed her in torture and an Uncle who introduced her to Satanism. The rumour of an illegitimate pregnancy at thirteen makes me wonder if he may have introduced her to more than that. At fifteen years of age, Báthory married Count Ferenc Nadasdy and moved to the Castle of Csejte.  Fairy tale endings did not ensue. Whether it was his death in 1604 that started her on the road to ruin or she was already honing her homicidal tendencies before that, no one knows for sure.

What we do know, is that before she was arrested in 1610, Báthory was purported to have tortured and murdered up to six-hundred people. The vast majority of these victims were young peasant women, who when it came to serfdom that sucked had been dealt the lousiest hand of all.  Báthory tortured her victims in a variety of disgusting ways that I will not fully chronicle here. You are welcome to google them, although I advise doing so on an empty stomach. The Countess enjoyed a fair bit of cannibalism and, if legend is to be believed, a nice relaxing bath in the blood of virgins. Some of those virgins she covered with honey and live ants before their agonizing deaths. Apparently she believed the daily virgin blood bath would keep her young forever. Whatever, her motivations, this woman was not a nice lady.  She makes Vlad the Impaler and Dracula look like an amateur and an undead sissy, respectively.

Báthory might never have been brought to justice if she hadn’t made the mistake of upping her game to include the young daughters of lesser gentry who were sent to her gynaeceum, for a kind of finishing school. As you an imagine, Báthory finished off most of them in her own unique way, and at the time of her arrest they found one last “prey” girl in the castle who she wasn’t finished with yet.

In 1611, the Countess was tried and sentenced to imprisonment in her own castle for life, which ended up not being that long since she died in 1614. Some say her house arrest allowed her to freely roam the castle. Others say she was confined to a bricked-up room with only slits in the walls for food and air. I’d like to think it was the latter, with a good daily ass-kicking by serfs thrown in for good measure. But then again, I always was one for a dark tale.