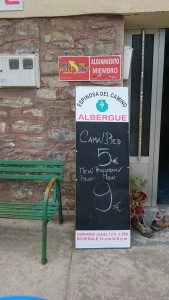 You can live pretty cheaply here in Spain. As you can see my night’s accommodation is coming in a 5 euros. I think you can get a McDonald’s happy meal for that back home, without the toy.

Spain has been very hard hit by the downturn in the economy. They have 20% unemployment here, 40% for the young people. And in the north where the Camino Frances is they are feeling hit the hardest. The Way is the one thriving piece of the economy. Many towns would not exist without it and are practically empty. My French roommate and I passed through an eerie town a couple of days ago, all boarded up except for one small cafe and she told me in French how they built it before the downturn as a golf course community but now the place is basically abandoned. “Tu comprends?” she said, unsure I understood.  “Une ville de spectre” I replied. A ghost town.

There are so many languages on the Camino and  I  manage to hobble around with my French and my Spanish to converse where I can. But it is like the UN here.  Last night at the albergue there were 15 different countries represented around the dinner table and almost as many mother tongues. We said a blessing in each and every one of them by candlelight in the church choir loft after dinner. It was very moving.

Tonight I am in my small 5 euro albergue with the Flying Dutchman and my new roomie, a girl from Bulgaria. There are some others here too, but not many. Between them all, they speak 6 languages but we will speak English tonight and throw our euros around to support the economy. I may not be good at languages but I’m good at that. 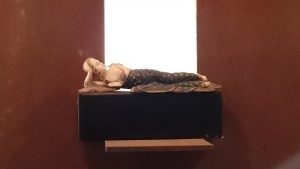 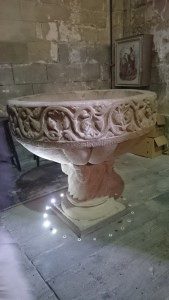 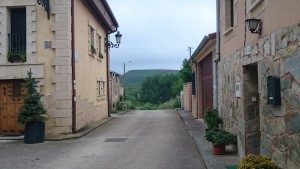 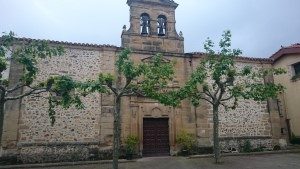